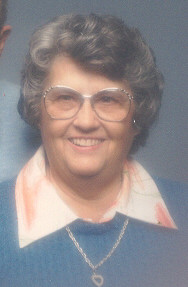 Hugh S. Henry, 96 of West Lafayette, died at 7:10 p.m. Sunday, June 10, 2012, at Indiana University Health. He was born June 17, 1915, in Vanderburgh County, to the late Robert and Mayme Henry. He graduated from Reitz High School in Evansville and Purdue University. On August 23, 1940, he married Marge Jackson in Enos. He served as a staff sergeant in the United States Army from October 6, 1943, to January 30, 1946, in the 16th Armored Division as a tank commander in the European Theatre. Hugh was a former USDA- FSA supervisor and farm manager and retired after ten years from Purdue Agronomy Department.

Hugh Spent many years taking care of Cumberland Avenue and as a volunteer for West Lafayette Trees for Sagamore. He helped plant many trees in that area, particularly on Salisbury Street. He also served on the Grounds commission for Westminster Retirement Village where he and his wife live and served as a long time Usher for Purdue football and basketball games. He was a member of First United Methodist Church, the Kiwanis Club, the American Legion, and was a DAV. He was also was in the Purdue Alumni Association and the MCL Koffee Klatch.

Burial will be at Tippecanoe Memory Gardens.

Along with his parents, two brothers, Don and Bob; and an infant son preceded him in death.

Those wishing may contribute to the First United Methodist Church in West Lafayette. Online condolences may be sent by visiting www.soller-baker.com.